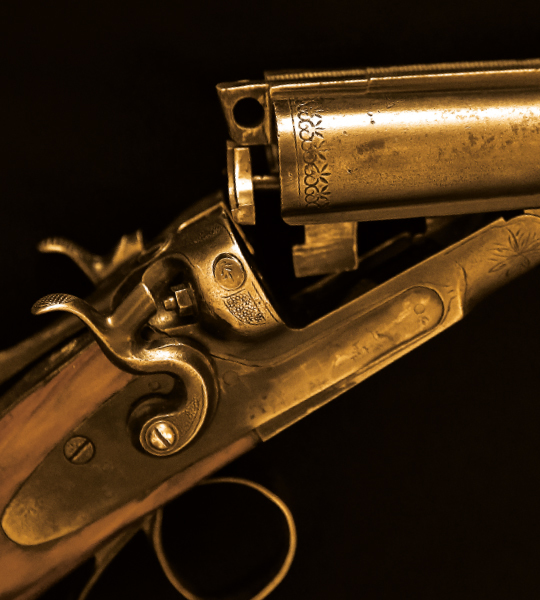 A little bit of Boom Boom. Quite a lot of Bang Bang.

John is a peace loving man who loves the artistry behind historical weaponry: knives, guns, hand grenades. If it makes an explosion or puts a dent in the universe, John’s interested. He shoots all guns from rifles, clay weapons and pistols to combat shotguns. The most powerful gun he’s fired to date is the Magnum 45. Dirty Harry’s best friend. (John’s never been burgled).

He has a deactivated hand grenade collection at home.

John respects meticulous preparation and care. That’s why he admires the craftsmanship of a well-made knife handle, and that same dedication to care and precision is found in all of his policies.

John seeks to write the lower end of risk for SME business, but if the coverholder doesn’t make sense to him he’ll say no, and he has. DTW recently declined a large coverholder because they didn’t align with our underwriting philosophy. They wanted a capacity that wouldn’t ask questions. So we said no.

“I love the relationships between the people at DTW and our coverholders. Our selection process is person to person; it extends beyond what’s on the piece of paper. I believe my job is to live up to the promise of our policies.  DTW want to pay honest policyholders a fair claim amount. I make that happen.”

Want to meet John to discuss a specific opportunity?