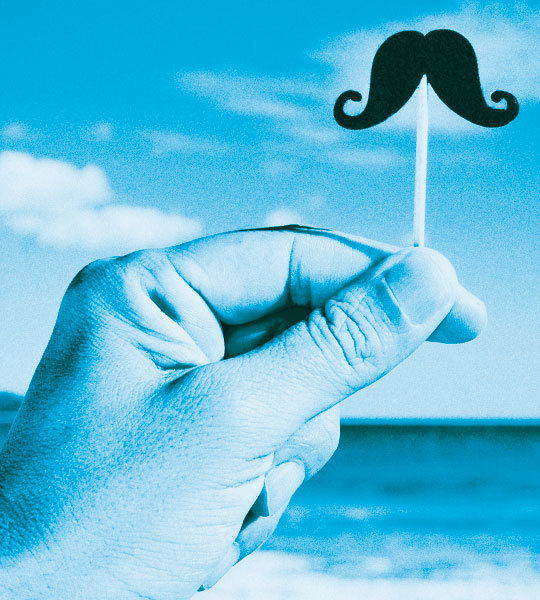 The world could do with a bit more jolly.

The moustache runs in Alex’s family. His father and all of his uncles, on both sides, have moustaches that bare-knuckle boxers from 1891 would be proud of. Alex has so far resisted the moustache, although he admits he would likely look fantastic with one at some point in his life. His plan is to let his older brother grow one first, using him as a face test dummy, before developing his own. He accepts that a moustache is his facial destiny.

Alex was born and lived in Hong Kong until he was 7. He has travelled extensively across most of Asia. He’s visited Peru, Chile and Bolivia with his sister. In Bolivia he calculated the risk of cycling down the North Yungus Road, lovingly known as The Death Road: a 15,000ft descent responsible for 300 deaths a year. He weighed up the risk, and decided against it. He had visions of turning to make sure his sister was safe, and peddling straight off the cliff face.

Alex has been afraid of heights since he was a child. He remembers when he was younger most of his friends feared the monster under the bed or the ghost behind the curtains. His greatest fear was a small wall, which at the time looked like a mountain. He is a thinker who evaluates the landscape before him. He’s weighed up being afraid of heights and conquering his fear of them by jumping out of plane, and has decided that it makes sense to jump out of a plane.

Alex is working with experienced underwriters and supporting our coverholders. He thinks it’s clear that DTW has a knack for picking the right people. He is proud to be at DTW near the beginning, and to have a role in shaping our future.

“Life will always be a challenge, but it's how we deal with challenges that define us. Not many people think of entering insurance as a career, DTW are showing me how unfair that reputation is.”

Meet Alex for a coffee to talk moustaches and underwriting.